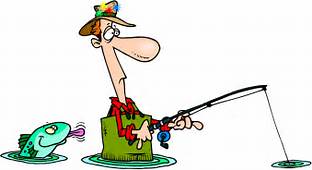 Growing up there was an expression of ‘fish or cut bait’.  It was a challenge to either start doing something or stop talking about it.  There were other more colorful expressions which included a bodily function and a toilet but I think you get the message.  With slam in the news so much lately religion itself has been brought into the spotlight.  People look at Islam with their ‘honor killings’ and rightfully scream about the hypocrisy which seems to only place all religions on the examination table.

I am a Christian.  I am not a shining example of one but I try to be an honest one.  Now there are those you can ask about me who would be glad to tell you just how I am on the fast track to Hell in the handbasket due to my immoral past and my unsaintly like present.   I am bothered by the ease that so many fellow believers can through around the idea of Hell and not bat an eye.  There are some I have met who seem to be so relieved after a person dies that I am shocked that they do not throw in a bag of marshmallows and a package of hot dogs into their casket before it gets closed.  I remember reading where Jesus wept over Jerusalem because it did not comprehend what it was missing.  I have an acquaintance who recently found a friend of his after she had hung herself.  He calls his daughter who is supposed to be so wonderfully righteous for some moral support and who in turn has no time for his interruption into her life.  Now I know that my acquaintance can be draining and emotionally demanding quite often, but there is a time when if you care at all about anyone you come to their aid.  I have had people ask me why I would spend so much time on this guy.  I remember hearing my dad who was an old preacher talk about how you do things for some people who are entertaining angels unaware and also the verse he would use about ‘in so much as you have done it unto the least of these my brothers you have done it unto me’.  Like I said earlier, I am not a perfect example of a Christian but I try to be an honest one.

America is going through massive changes presently.  If America ever needed Christians to be Christians it is now.  America needs Christians who will not talk religion but act like Christ.  Now also keep in mind that Christ did not simply sit back and pray about everything whining about how bad society had gotten.  There was a time and place where Christ also drove with a handmade whip the money changers out of the Temple.  Now is the time for Christians to ‘fish or cut bait’.   Either put up or shut up!  Either start acting like you say you believe or change your religion.  I am sure that even God Almighty gets sick and tired of the bad advertising that has been going on in his Name.  If you are going to spout how wonderfully Christian you are then live it!  That means ever caring for those people who are less religious than you.  I means caring for those you do not like.  It means getting your heads out of your butt and actually live Christianity.

There are those who are probably thinking that the only one who would write something like this is a goody two shoes who is expecting points from God.  More times than not I believe my cosmic calling is to be God’s piñata and I feel like that red-haired child in a family of tow-heads (who those too young to know that expression it is an extremely fair haired individual).  I am just really tired of watching people say one thing and live another.  Our nation has enough phonies in politics we don’t need them in our churches as well.  I have seen people who live under such extreme rules and regulations of behavior, dress, entertainment and about every other factor of life imaginable.  They dot all the ‘I’s and cross all the ‘T’s but somehow forget how to implement the content.  I have seen people get all excited about ‘missionary work in Africa’ but are blind to people sitting next to them or those who have ‘fallen from grace’ and are now just an embarrassment.

You might find some of the books by Dr. Baize of interest at LULU.com: Physical Side of Post Traumatic Stress Disorder; Transcranial Magnetic Stimulation as a treatment for PTSD; Everything I needed to know I learned during my Divorce; Out of the Ashes; A Cognitive-Behavior approach to the 12 steps; Religious Addiction: doctrine or denial